UK forum for general and technical discussion about the Z3 roadster

Ok, so I've eyed these for awhile now. Even when I had my E39, I contemplated getting these to add DRLs and also projectors to my fogs. I instead went for Depo angel eyes headlights on my E39, and I didn't like them. I don't think I'd ever add angel eye headlights to a BMW again, unless it's a retrofit to the factory option. IMO, they just look so much better when they are the factory size/style.

Anyways, these LED fog lights were a tough call because there are literally zero pictures of them installed on cars, which made me wonder if anyone in the world has ever bought these.

I took the plunge, because if I didn't like them, I could easily go back to stock. All I'd lose is a little money and a little time.

After installing them, I am well pleased by how it came out. These look much better than I thought... both the projector fogs, but even more so the DRL LEDs. I was very worried that it would look like a cheap teenager ricey add-on. It actually looks very clean and updated without being too flashy. There are three LEDs on each fog light in an almost vertical arrangement. I like this because it doesn't mimic any other car manufacturers (at least not noticeably), and doesn't have a million lights on it to dazzle the world with. Unfortunately, I took these pics with an iPhone4 and you can't really tell the detail in the LEDs in the pictures. It just kind of blurs together. I'll try to get better pics. Bottom line, with the car off, the appearance looks almost stock. The projectors are a nice little detail. With the car on, the LEDs look clean and classy, with a nice updated look. No comments on the light output performance on the projector fogs yet. I should have done a before and after shot, but it's too late now.

So, you may be wondering... what about the DRL function when you turn on the headlights. Obviously, that is a big no-no. You don't want the DRL on when you turn on the headlights at night unless you like breaking the law and getting pulled over. I solved this with an SPDT relay. Took some time to route all the wires and hide them for a factory appearance, but this is the only way to go. I also cut the red and white wires from the back of the fog lamp and crimped in an automotive grade wire that has the two wires shielded by a black, flat-shaped, shroud. Much cleaner. Nothing worse than red and white wires routed around your engine bay.

These are images from an online vendor http://www.speedstersource.com but I bought mine off Ebay. 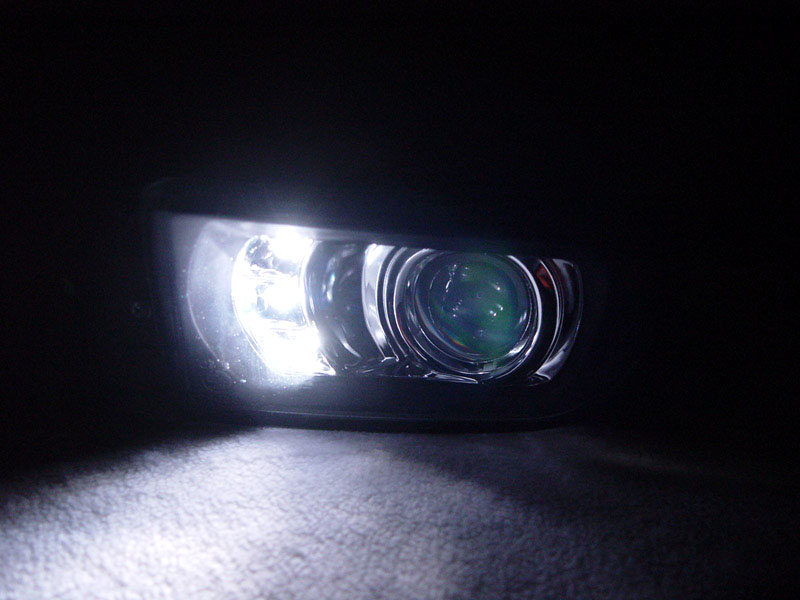 Here are my pics. Like I said, they don't look as detailed as I'd like due to it being an iPhone.

And to prove that I actually wired the relay correctly, here is a pic with the headlights turned on and the DRL automatically switches off.

FYI, this is the type of relay I used. You can use it for any DRL application whether it's angel eyes or whatever you like.

Had considered these too, but I thought they would look goofy. I'm glad I went with the other style, but I'm curious how these would look. I think they would stick out from the bumper and not be flush? Plus, I don't think the halo effect would look proper down below in the fog light area.

IMO the bottom ones are much nicer.....have had a couple of sets already......in fact my car is in their Ebay ad.

BonBon wrote:IMO the bottom ones are much nicer.....have had a couple of sets already......in fact my car is in their Ebay ad.

No disrespect, but I have to disagree. I've only seen one picture that really shows those halo fogs installed and I didn't like how it bulged out and I felt the circular halo really stands out too much for my tastes. It doesn't look that "clean" to me.

Can we see some pics of yours? I'm curious how they look from different angles.

Here is the only pic I've seen of the ones you bought. Seems that it doesn't line up with the delete panels to the inside of the fog lights either.

If you search this site for "halo fogs" you should find more pics - also of mine.
There is also a pic on the Ebay link from my last post.
(I guess "Different strokes for different folks")
Top

BonBon wrote:If you search this site for "halo fogs" you should find more pics - also of mine.
There is also a pic on the Ebay link from my last post.
(I guess "Different strokes for different folks")

Yeah, I just searched and saw the light blue Z3 with those halo fogs. Not really my style, but hey, we all can't like the same things, right?

Barbancourt, what are the fog lights like? Any pictures with them on at night?
Top

BladeRunner919 wrote:Barbancourt, what are the fog lights like? Any pictures with them on at night?

I'll try the fog lights at night tonight to give some feedback. I turned them on the other day just to see and it looked like it had a nice beam and light dispersion but I didn't drive with them. I don't have any pictures because my digital camera is apparently rubbish at taking pictures of lights. I'll try again.

Here is a picture from another forum member's car (LeemingZ3). As you can see, the DRL look like three dots. Unfortunately he didn't take a pics with the fogs on.